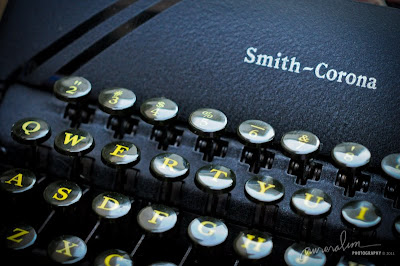 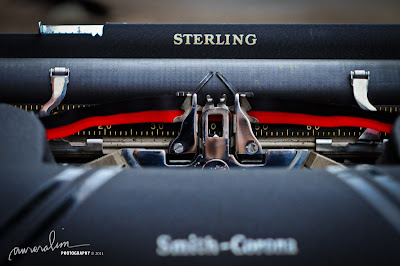 if i have to pick one favorite among my small stable of typewriters, this will be it, at least currently. i love its sleek shape that seems to look best in black. of course, that is unless i happen to snag the pre-war maroon version of this model from the Machines of Loving Grace website.

when i first got it, it was this dirty and grimey and looked like it housed several varieties of mold. now look how handsome it is. the only thing that i wished it had was metal keys. i find it quite odd that mine had flat plastic keys when most of the same model i see on the net had round metal ones. since this particular model was in production just before the war when production was halted, my theory on this is that, when the production resumed after the war, the Sterlings with the metal keys are probably those that were produced from the leftover parts from the pre-war times. mine was probably produced after the original metal keys had run out. it was probably transitional especially since the Sterlings after this model had plastic keys. 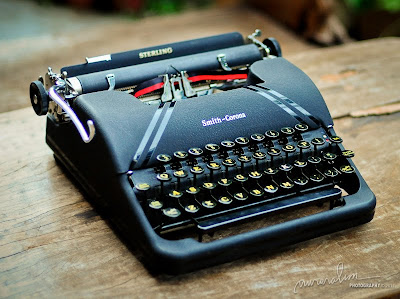 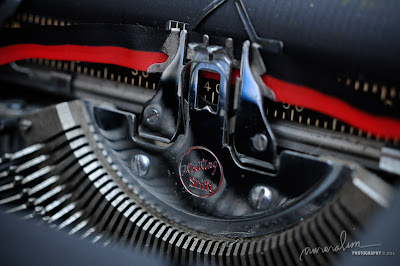 anyhoo, i was so proud of it that when the FPN-P's penmeet came around (the first i attended), and it had a theme of "bring-your-collections-other-than-pens", i brought this Sterling. i also thought this would be great to show them particularly since i knew Mr. Butch D. was going to bring it's "ancestor", a 1920's folding Corona #3 to the penmeet too. 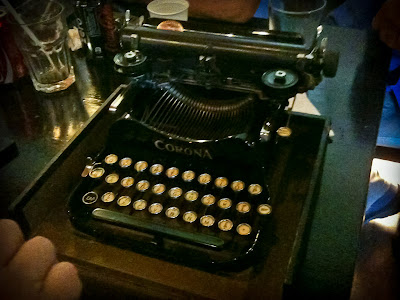 Mr. B even demo'ed how it opens. see the vid below which i took with the iPhone in a not so well-lit restaurant. i tried to brighten it a bit on Adobe Premier. not tops, but it'll do:

my Smith Corona Sterling was heavy so i had to opt out bringing a camera to the penmeet. on hindsight, i wish i had brought one. all i had was my iPhone so there's not much photos i captured. or maybe, it was just as well because even if i brought i camera to the meet, i probably wouldn't be able to click much considering that i was so overwhelmed with all the oogling i was doing at the beautiful pens that they had! 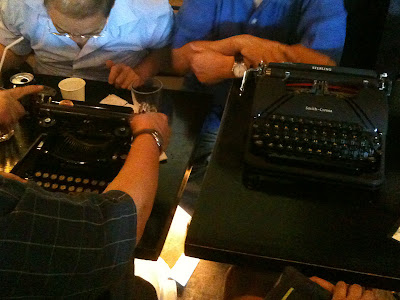 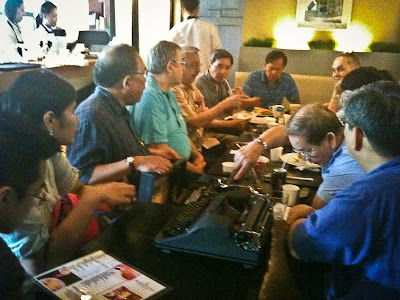 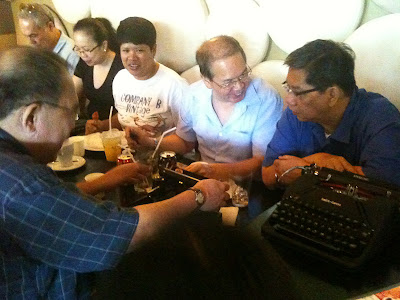 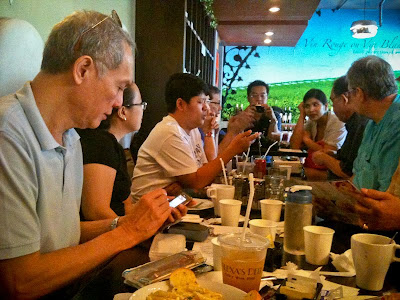 i did pick up a lot of tips at the meet. that is one advantage of going to one. best of all, Mr. JP helped me out in smoothing out a Lamy 2000 nib that i so imprudently tried practicing nib-grinding on. (this is for another blog story :-D) i also picked up a lot on what to buy! i went home that day with 4 fountain pens --a John Bull eyedropper with a flex nib from Mr. Butch (another good story on this!), a Parker 45 flighter, a Schneider Zippi, and an FP from Muji AND i had to come back for a Parker 75 the day after--because after the meet, I and my girlfriends, had to go around town (mallhopping!) to the stationery stores for some inks and pens.

ahhh, the pens... they are accumulating! they have a tendency to accumulate faster than i can blog them particularly since they are pretty easy to get and they do not present the same space and weight problems that typewriters have. i am quite painfully discovering that this addiction is a lot more potent than the typewriters... yes, painfully. my wallet hollers "ouch" already! even if i am definitely not into the 'really-expensive-sell-an-organ-or-body-part' kind of pens, the compounding challenge is that there is an offshoot collection/addiction that inevitably comes with it--inks and notebooks! ...and it's just too darn fun to stop playing with them! as evidence, check out the pages i added to this blog on pens, ink, and of course, the typewriters that started me out on all the madness. Will update those pages as i accumulate... er... write the stories or my experiences with my big girl toys :-D 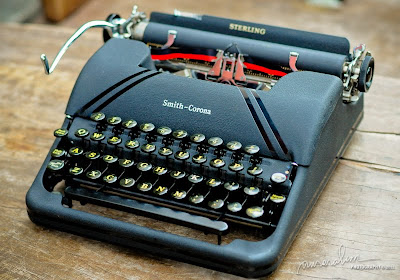